The two pseudoscorpions are Dendrochernes cyrneus. This ancient woodland / parkland indicator is associated with decaying trees such as oak, which have fissured bark. The occur in the dry decaying tissue and beneath the bark on branches, trunks etc that face the sun.

Species of pseudoscorpion that inhabit temporary habitats such as rotting wood, compost and manure heaps, animal nests and the like, exploit other arthropods for their dispersal. In the case of D. cyrneus longhorn beetles; in Florida it has also been found associated with Aulacidae (Hymenoptera).

The presence of this species on an ichneumon is the first recorded, at least in the UK.

Images of the ichneumon and the dendrochernes are below: 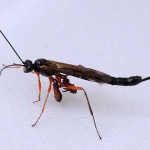 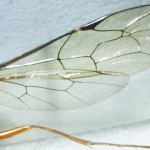 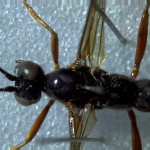 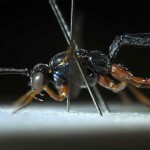 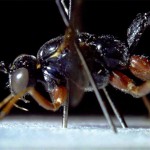 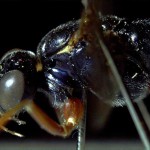 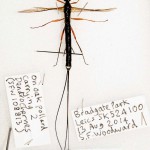 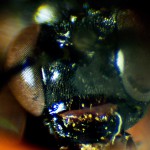 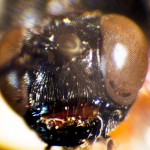 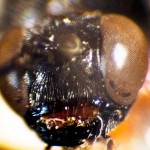 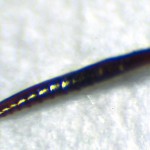 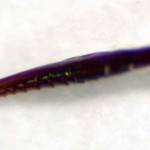 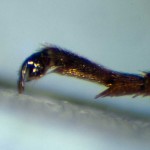 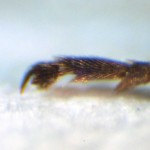